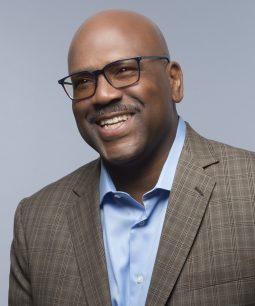 The H. Richard Brew YMCA Volunteer of the Year Award was established in 2005 as a way to honor the thirty-five years of volunteer service to the Central Connecticut Coast YMCA offered by H. Richard Brew. While given upon his retirement from the Association Board of Directors, it is intended that his legacy be honored each year by presenting this award to a volunteer who has demonstrated character, commitment and long-term dedication to the YMCA.

It is our distinct honor and privilege to recognize Preston Tisdale as this year’s H. Richard Brew YMCA Volunteer of the Year. Preston has served on the YMCA Board of Directors since 1990, and for thirty-two years has demonstrated exceptional character, leadership, and commitment allowing the Y to grow and positively impact the lives of thousands of youth, families, and adults. He joined the board of the YMCA of Greater Bridgeport as the representative from the Ralphola Taylor Community Center where his Y roots were established. Preston’s deep commitment to the Taylor Center, his charismatic leadership, and his passion for serving others built a strong foundation leading to new and expanded Y programs and services for those living and working in Bridgeport’s East End. Preston’s commitment and passion were fully demonstrated again when on May 23, 1991, he presented the Ralphola Taylor Community Center as an organization worthy of Branch status within the YMCA movement – a recognition that received unanimous support from the Y’s Board of Directors and the YMCA of the USA.

In his professional life, Preston Tisdale has enjoyed an illustrious career as a practicing attorney. He has served as a criminal defense lawyer, directed the Fairfield Judicial District Public Defender’s Office, and served as the first Director of Special Public Defenders for the State of Connecticut. In 2010, Preston returned to the law firm Koskoff Koskoff & Bieder where he began his career as a young attorney, and where he has become a partner. In other civic capacities, Preston serves on the Boards of Directors for Fairfield County’s Community Foundation, the Bridgeport Public Education Fund, Inc. and on the Advisory Board for the Center for Children’s Advocacy. He is member of the Board of Directors of the Public Justice Foundation, a national organization where he serves as Vice President. Preston also serves as the Immediate Past Chairperson of the Regional Youth/Adult Social Action Partnership (RYASAP).

Preston and his wife, Maria, have three daughters who have followed in their parent’s footsteps by achieving professional success while demonstrating a dedication to community service. Alanna is a physician, Imani is a lawyer, and Kamilah is a leader for a not-for-profit community service and advocacy group. Preston is the son of the late James and Loyse Tisdale, and the brother of Maisa Tisdale. The Tisdales make their home in Trumbull, CT. Preston graduated from Brown University and the New York University School of Law. He is a Past-President of the Brown Alumni Association and a Trustee of the Brown University Corporation.

REGISTER FOR OUR PROGRAMS ONLINE